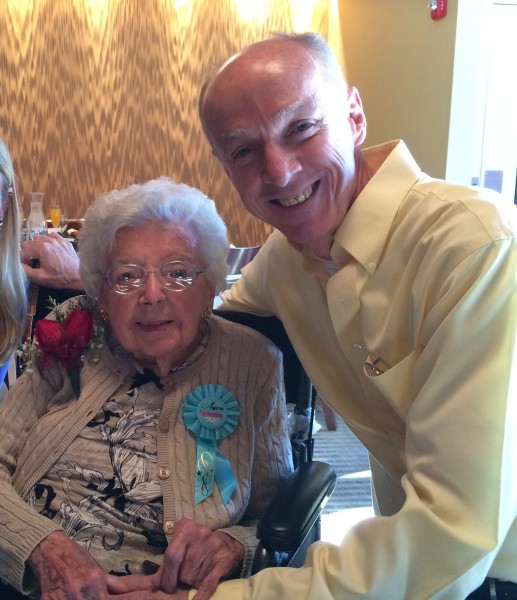 My mother turns 102 on Saturday. She is still incredibly bright and reads constantly. She cannot hear well, and can no longer walk, but is happy and healthy. She was born when Henry Ford introduced the assembly line and in the year that the crossword puzzle was invented. Women could not vote, and they just created the start of the Federal Reserve. Charlie Chaplin made his 1st movie. There were no computers. In fact, there were no gas stations!

When you get to be that age, you watch all of your friends, parents, aunts, uncles, brothers, sisters, and many nephews and nieces die. She saw Hitler, Stalin, Lenin, Mao, FDR, Kennedy, MLK, John XXIII, Paul II, Elvis, Sinatra, Marilyn, and John Lennon all come and go. It is all impossible for me to imagine her life experiences. Her generation was incredible in its achievements and in how well they treated one another. We live in a different world, and most of us have no idea of how much warmer society was just 50 years ago.