Question: Often, especially in a trading range, it always seems like the current leg is about to reverse. Sometimes I have a hard time imagining the leg will continue. Do you ever struggle with this kind of cognitive bias?
Audio duration: 2min 00sec

Being stupid, not smart! 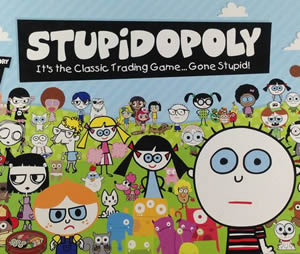 No! I really do try to be stupid when I trade.  Being smart sometimes is a disadvantage because, it allows you to imagine what might happen — even though it’s unlikely.

So you get caught up spending time thinking that “What if this?  What if that?” Instead of saying, “Eh, that’s probably not going to happen,” and then just taking trades.

Learn to be humble

So years ago, you know, I used to struggle with everything.  I’d see so much and I’d just get analysis paralysis.  Always try to think too much.  I came to the conclusion that it was a defense mechanism, that it was not so much me being a really smart guy, trying to use all my weapons in the fight against everybody else as it was me being afraid to take a trade.  I had to get over it and now I’m much more humble — not with you, not with my family, not with my friends. But with the market I’m much more humble.  I never get committed to anything.  I just assume that no matter how bullish, how bearish the market looks, it’s no more than a 40 percent chance that the opposite — well, let me rephrase that — no matter how good one direction looks, there’s still a 40 percent chance it can do the exact opposite and it can do it very strongly.

Always assume you can be wrong