Question: You mentioned the correlation between Bonds and the Emini. Is it worth watching for confirmation of the trend in the Emini or does it not have any effect on your trading?
Audio duration: 5min 13sec

I think one of the worst things you can do, is you trade one market — let’s say the Emini — and keep an eye on another market for some kind of advance notice of what’s going to happen in the Emini. Every now and then, you’ll hear some idiot on television say something like that, “Oh, I always watch Bonds to help me know when the Emini’s going to turn,” or “I always watch the VIX,” or “I always watch Crude Oil.” That’s garbage, right? That’s just total garbage. Or “I’ll watch the ticks or I’ll watch the NASDAQ.” It’s all garbage. 50 percent of the time, the Emini will make a turn before the other market that you’re watching; 50 percent of the time, the other market will make the turn first. I think there’s no significant correlation that would allow you to trade profitably.

Use one chart to trade 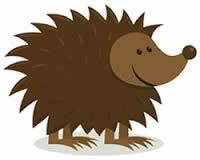 I know traders do all kinds of things, all kinds of correlations.  Let me talk about my favorite idiot on television.  If you’ve been in the room for a while, you’ll know what I’m talking about, right?  He says so many stupid things that I’m just stunned that he’s still on television.  Like he says, he never trades silver because it moves too much.  That’s nonsense.  You know, it moves the same as Gold.  Maybe a little bit faster, you trade a little bit smaller.  He trades Gold all the time and he says, “Oh, I never trade Gold in dollar terms,” so in other words, he never buys Gold futures or he never sells Gold futures unless he also does the opposite in a currency market.

Losing on a big short

I remember about a year or two ago when Gold was collapsing, he was short Gold and he made a ton of money on Gold, and I think he was long the Yen because he wanted to sell Gold in Yen terms. And he lost more on the Yen than he made on the Gold, and at the end he said, “Oh, I ended up only losing 7 percent on the trade.”  Gold lost 50 percent of its value and he was short Gold, yet he ended up losing on the trade because he did something really stupid.  He attached it to a Forex trade, which is totally dumb, right?

But anyway, every now and then you’ll hear people on television talk about pairs trades. “Oh, JPMorgan’s strong, Bank Of America’s weak.  I’m going to buy JPMorgan and I’m going to sell Bank Of America.”  Or “Coors is strong, Macy’s is weak.  I’ll buy Coors, I’ll sell Macy’s.”  To me, that’s way too complicated.  If Coors is strong, I’m buying Coors.  If JPMorgan is strong, I’m buying JPMorgan.  I’m not going to worry about selling a weaker cousin of something in the same space.  And that Gold stuff, it’s just lunacy.  It’s just total lunacy. Yet, I got to say I would love to have him as my neighbor; I’d love to have him in my tennis group; I’d love to play golf with him; and he seems like a really nice guy.  And that’s why they put him on television; he’s really likeable.  But he says so many — just so many stupid things that, for me, it’s actually amusing to listen to him say these stupid things and everyone talks about him, the commodity king. And it’s just incredible.  It’s really, really incredible. But I enjoy watching him because he’s a likeable guy.

Going up? Buy! Going down? Sell!

So back to your question. Would I watch Bonds for a heads up or would I watch Crude Oil or would I watch Forex markets to see if they start turning. And if the Emini has not turned, then expect the Emini to turn?  No, you’re not the only guy on the planet to think about that.  All the institutions know that as well.  So if Bonds are turning and the Forex market is turning and the Emini is not turning, what should that be telling you?  It should be telling you something’s wrong; it should not be telling you that the Emini’s going to turn next, right?  It should be telling you that maybe the turns in the other markets are wrong and that they’re going to stop turning and then go back to what they were doing before. Way too complicated. I just put up one chart and all I care about is if it’s going up, “Oh, I better buy.”  If it’s going down, “Oh, looks like I should sell.”  And I don’t worry about anything else.

So hope that answers your question.