Al was asked why he takes so many scalps, and few swings. Yet for beginner traders he absolutely recommends looking for swing trades. Here’s why.

You can view this video on Al’s YouTube Channel if needed.

Beginner traders should look for swings

Q: Okay, today you say you have a high winning percentage, you have to take many scalp trades and only one-to-two swing trades. But in some of your videos you say it’s better to take swing trades than scalps. 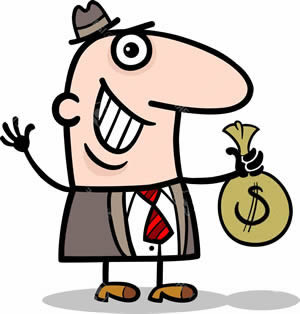 It’s absolutely better to take swing trades than scalps when you’re starting out, okay? Most traders who’ve been doing this a long time prefer swing trades. I prefer swing trades, but really good swing trades don’t come as often as scalps. I see scalps on every bar. To me, it’s like a little man holding on a bag with gold coins in it. Do I tell him, “Nah, go away” or do I say, “Okay, I’ll take it.” For me, I take it.

So I do like the swing trade, but most of the time most of the bars do not have really good swing trade set-ups, so I scalp. But for a trader starting out, they are going to lose money if they focus on scalps. Because of the risk-reward situation, and to do it well, in general, you usually have to scale in, and it’s really hard to make the decisions fast enough. And you make it much more complicated by scaling in and scaling out — you take out, go out in pieces, and it’s really hard to get everything right. And if you don’t do it right, it’s a sure way to lose money really fast.

So that means, I think, I believe that most people starting out — if they’re not consistently profitable — should not be doing that. They should just be swing trading, maybe take an occasional “Buy The Close, Sell The Close” bar, which is actually a pretty good way to trade, but they should be sticking to swing trades. However, what you’ll discover is once you become profitable — I’ve heard from many traders over the years say this — “Al, what do I do? I’ve been swing trading, but I’m finding… let’s say I buy and I know the market’s going to pull back for a few bars because I’ve been trading long enough now to know it’s going to pull back for a few bars, do I get out and buy again three points lower? Or do I hold? Or in fact, I see a minor sell setup, a minor reversal sell. Do I take the sell and then buy again later?”

So what happens is as traders get experience, they start to realize that they can manage their swing trades differently, and start incorporating scalps. And as time goes one what they decide is, “I want to trade all day long.” There are not swing trades all day long. A lot of times during the day, you get two hours of this, and yes, you could say, “Well, we’re still in a swing short from here, stop above here,” or you can say, “I’m just going to sell above that, buy below that, sell above this, sell more, buy below this, buy below that, buy below that.” You just keep scalping, and scaling in, and trading all through that mess instead of just saying, “Hey, I shorted 34 close. I put a stop up here, and I get out over here — you know what I mean, three or four points.” Both are acceptable ways to trade, but, I see something to do on just about every bar. So my choice is to just stay with the swing trade or to keep doing things all day long, and to be honest, I probably would make as much if I just took a few swing trades and just held. But I like to feel more active, and personally I prefer a much higher winning percentage–and I do not like big drawdowns.

So, for me, I always try to take one trade four points — [with] the market big like this, 5 points, 10 points — I always try to take at least one of those a day. But I could call it quits at that point and say, “Okay, I made a good profit and I can just sit back the rest of the day” or I can say, “Oh, I can buy this and buy more lower. I can sell that and sell more higher,” and just accumulate all the little pieces, all those little bags of gold all day long, which is what I do. But when a person’s starting out, they will lose money for sure, and fast, if they start scalping and scaling in. It’s a sure way to lose money. Instead, they should just look for situations where a breakout has a reasonable chance of happening and enter on the Major Trend Reversal or the higher low, or whatever, buying above 7, or buying the 8 or 9 close, and then trying to get 4 points or 10 points out of it. Or selling the 34 close, or even the 35 close stop up here and trying to get 4 points, 5 points, 10 points out of it, and not worry about all the little swing trades. But once you start to get good and a lot of experience and consistently making money, you’ll probably start to get out of swings quicker and break the swing into pieces. So, instead of buying the 4 high and exiting below 29, you might buy the 4 high, get out over here at the moving average, and then scale in with a long stop below here, buy more here, sell up here. You’ll start to look for other things to do, and you’ll end up dividing a swing trade into a lot of little pieces, and little pieces add up to about the same as a swing trade — they can add up to more — and the probability is higher.

There are a lot of traders out there who win 90 percent of their trades. When they tell you that, they’re telling you that most of their trades are for 1, 2, or 3 points. However, if you’re winning 90 percent of your trades and consistently making 1, 2, or 3 points on those trades and then an occasional trade with 5 or 10 points, I think you’re doing really, really well. But there are other traders who simply look for one or two swing trades a day and take those And they say, “That’s fine. I’m comfortable, I’m happy, and I’m getting rich. That’s all I need.” I don’t have a problem doing it either way, but I think when you’re starting out you should be looking for one or two swing trades a day.

My minimum definition of a swing trade in the Emini is 4 points, so traders starting out — they should just, every day, look for at least one 4-point trade. So you buy above 7, put a stop below 7, put a limit order to make a 4-point profit, and then come back in an hour. Or you sell the 33 or 34 close, put a stop above 32 or 31 or 37, put a limit order to buy back 4 points later, and go to the grocery store. I’m not being a wise guy when I say that. I had a friend — I traded with him online every day for years — that’s exactly what he did. He would wait for a swing trade in the first hour or two, put it on, and then say, “Al, I’m going to the doctor’s office,” or “I’m going to grocery store” or “I’m going in the lake with a canoe and I’ll come back in a couple of hours,” and then he’d come back and he’d say, “Oh Al, it looks like I made 4 points” or “I made 10 points” or whatever. That sounds crazy and it sounds unreal, but it’s very real. It is an okay thing to do.

Starting out? Focus on a swing or two each day

So, if you’re starting out, that should be your focus, looking for a swing trade sometime in the first hour or two that’s good for 4 points or more And just — every day — practice trying to take that trade. That should be your focus every day, trying to get that swing in the first hour, and not be too impatient. So if you’re selling, it’s probably not going to be a good short below 4, below 3, a bull bar, or below 9 or below 11. Yet, the bulls had good bull signal bars, 1, 5, and 7. So if we’re going to have a 4-point swing up or down in the first hour, what do you think it’s going to be, up or down? It’s probably going to be up.

You can say, “Well, Al, 6 is a bear bar closing on its low” and it is – I think we’re still Always In Long — and then we reversed it on bar 7. So to me, I’m looking for a stop entry, buy above a good-looking bull bar or a decent-looking bull bar. I’m also willing to sell if I get a decent-looking bear bar. But on a swing; I’m looking for a good-looking signal bar in a good-looking context, and place the orders. And if you cannot sit there and stop yourself from exiting with a 1-point profit or with a 6-tick loss when the market goes against you, go out and take that walk and come back.

But you look at the chart — just scroll back at the chart. Every day, you’ll see that 90 percent of the days have a reasonable swing trade in the first hour or two, and it’s fairly easy to spot. But it’s also fairly easy to deny. Very often, when they set up, it’s easy to say, “Well, it does not look quite good enough and maybe I’ll wait for another one.” And it’s okay to wait for the breakout, but it’s also okay to take the setup that looks reasonably good in the context that’s reasonably good. You have a reasonably good shot at making your 4 points and it is usually better just to go ahead and take the trade.