I analyzed my trades and found out most of my profits were from trades that took less than 10 minutes to complete. So I’m wondering if a time stop could help me. Do you think time stops are useful in positions — in addition to price actions stops? 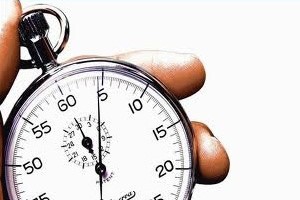 In a way, you hear me talk about time stops, but I don’t use the phrase “time stop.” I’ll say something like, “Okay, I just took a trade. I am disappointed by the entry bar. I’m disappointed by the follow through. And now, two to three follow through bars later, I’m still disappointed. This trade is not working out the way I thought it was going to work out, therefore, I’m going to get out breakeven. Maybe I can make a tick or two, maybe I’ll lose a tick or two.”

So in that sense, I use time stops. If I take a trade expecting something and something else happens — for example, the market enters a tight trading range, and I was not expecting that, I thought that was a lower probability outcome — I just get out. So effectively, that is a time stop.

But that’s the only way I use time stops. I know some traders use a fixed time limit. Like, they’ll say, “Okay, I’m going to put a bracket order. I’ll buy here and I’ll place an order to sell 4 points higher, and a stop order 4 points lower But I’ll also get out in 30 minutes if neither of my orders are filled.” And the math is probably okay, but to me, I don’t like being too rigid, and I prefer to use stops based upon movement.

So I guess you could argue it’s the lack of movement, and that therefore, it’s a type of movement that I personally never get out on a fixed hard time stop — like I’m going to get out 30 minutes after I get in — whether or not I have a profit. If the premise is still valid, a lot of times I’ll hold. If the premise is no longer valid, especially if it’s entering a tight trading range, I’ll just get out.