When I’m making some profit, I tend to become very careful in my decision-making and I end up missing a lot of trades. What should I do?

Making profit but then being too careful 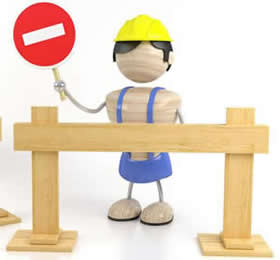 That’s okay. Here’s my thought on that. Let’s say you had a pretty good day and you get three or four scalps, one or two points in a row… three points, eight points, some number of points. And now you’re starting to get scared; you don’t want to give any of it back. You’ve probably made more points than you typically do, and you probably made them earlier in the day than you typically do, and you’re thinking, “Oh, my gosh, I can’t blow this. This is a gift. I just can’t blow this.”

That’s fine. Don’t worry; don’t trade. That’s okay. If that’s where you are in life as a trader and your emotions are preventing you, or interfering with you doing what you want to do, don’t trade. I never question why I feel a certain way. I never try to make myself un-feel that way. If I feel sick, if I feel tired, if I feel sore, if I’m distracted by something else going on in my life and I feel like I’m not at my best, I don’t trade. And so I’ll end up missing a trade or two, sometimes a whole bunch of trades… I don’t care. All I know is trading is tough when I’m at my best. It’s impossible if I’m not at my best. It does not matter what the reason is why I’m not at my best; if I’m not at my best for any reason, even if it’s because I just made an unusual number of successful trades and I’m scared about giving any of it back, that’s a reason. If that is interfering with your ability to be objective, don’t worry. Just sit back and watch the rest of the day or keep watching until you’re able to trade again, and don’t worry about it.

Up against a trading hurdle? Passing on good trades? 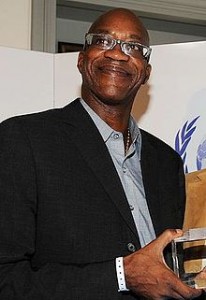 A couple times, I’ve mentioned Edwin Moses, and probably only a few of you know who Edwin Moses is, but I think he’s a remarkable athlete. Back in the ‘80s, maybe the ‘90s also… track and field; he ran the hurdles, the 400-meter hurdles. It was one lap around the track. He was the world record holder at one point. And when you run professional track, you get money for coming in first place and if you hit certain milestones, like records, you get certain money. I’m sure his sponsors gave him certain money… a certain amount of bonus money for doing different things.

Anyway, Edwin Moses won, I think, 88 consecutive track meets in the 400-meter hurdles, which is crazy. Usain Bolt has not won 88 consecutive track meets and he’s the greatest track athlete who’s ever lived. But the difference is Edwin Moses ran track like I trade, and if ever he did not feel 100 percent his best right before the race–he’d be in the stadium–if he felt anything less than 100 percent, he’d scratch, he’d pull out of the race. And a lot of traders [athletes] complain “That’s not fair. I never get to beat Edwin Moses, and he gets to beat me because when I’m not feeling well, I still run. I need the money — even if I come in third place, I get something. But when he doesn’t feel well, he doesn’t run so I never get to beat the guy.”

But he does illustrate an important point that I think is applicable to trading: If you really don’t feel your best, don’t trade. It doesn’t matter what the reason is, you just don’t trade. You’re competing against the very best people in the world and if you’re not at your best, you’re going to lose. Edwin Moses knew that and he didn’t want to lose, so what he would do is he’d simply not run on days that he didn’t feel his best.

So, if for any reason you don’t feel like trading, don’t trade. That’s okay.