Can you talk about the Nike five-minute chart? 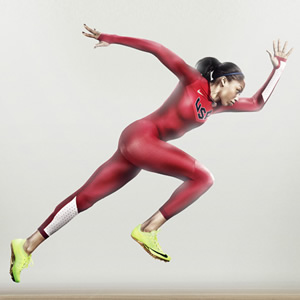 Yeah. Nike was an interesting chart today. So was Freeport-McMoRan, it was way oversold and just gapped up and rallied all day–so that was an easy one to trade. Nike was the opposite; gapped up to a new all-time high and then sold off. So if you’re watching Nike, you see a gap up strongly to a new all-time high and then how many bars do you need before you conclude that something’s wrong? And something’s obviously wrong with the first bar, and then when you see that second bar closing on its low like that, it’s Always In Short. You got to be thinking that it’s going to fall for at least a measured move based upon the height of those two bodies, so it’s probably going to fall at least two more dollars, okay? Sell the close, sell the close, sell the close.

Sell climax at 13, but it’s also a breakout. More follow through, still sell the close. Now, we’re getting consecutive sell climaxes, climax, climax, climax, climax, so it’s probably going to start to go sideways soon. Decent looking bull bar, but it’s also in a very tight bear channel. To me, I usually do not buy with a stop above that bar. It could easily test the moving average. If I’m looking to buy, I’m going to wait to see if you start to reverse up strongly and then buy. Or start to look to buy below bars. But to buy with a stop above the bar in a channel that’s falling so steeply, I think that’s not a very good buy.

Okay, now we have a second entry buy here, so it’s a better buy. Now, I’m thinking in terms of limit orders, okay? Or stop — or wide stops, right? To me, I think you can buy above 21, but I would use a really wide stop. We have a potential measuring gap, 12 low, 18/19 high. Is it a measuring gap from the high of the day? Are we going to get our measured move down from there? I doubt it, but we might get a measured move down from here.

All right. So if you’re buying above this, your stop has to go at least something below that, so you have to be trading really small. And also, what’s your goal? Your goal is a conversion of a sell climax into a trading range, which means you’re just looking for scalps. The range of the day so far is, what, $7, right? So a scalp might be 50 cents or so, and you have to risk probably at least a couple dollars. So not a strong buy, and I’d only take that buy if I was using a wide stop well below here, and I would only take it if I were willing to scale in lower. Not a good bar for the bulls, okay? A scalp, I would buy that low and try to make 30, 40, 50 cents, but this is not doing what the bulls want it to do. This is bad, okay? And now you got a small Low 2 short. Yes, tight trading range, but to me it makes me less interested in buying right now.

Okay, outside down, it looks like we’re going lower. Another outside down. We’re starting to get trading range price action, so traders will start buying below bars, below 21, below any of these bars, but they probably have to risk at least a couple dollars, and they have to be willing to scale in.

Now, we have seven bars, eight bars down without a bull body, but they made money buying below 17. They probably will make money buying below 21, but you need a wide stop, micro double bottom—might bounce. No micro double bottom, small reversal bar, sell climax. To me, I think we’re going to bounce. I don’t think we’re going to turn into a bull trend, but I think we’ll enter a dead money situation. Whenever you have a relentless selling like this, you usually do not get a bull trend, but you usually get a trading range, which is a dead money situation. Here, we’re down $8, $9 on the day, so the range might be big enough for scalping 50 cents, maybe a $1 if you’re lucky, but you need a wide stop.

Willing now to buy below bars

More trading range price action, so a little spike and channel here. To me, I am willing to start to buy below bars using a wide stop. You can probably sell around the moving average betting on dead money, a tight trading range. Double top bear flag, you can sell there. You can buy the new low below here, just scalp. And that’s how it ended up. Daily chart – just a trading range, middle of a trading range. We are, but you basically do not want to see the market gap to a new all-time high and then sell off like that. So yes, a lot of it might be — this is the weekly chart, year-end profit taking. Traders saying, “Wow, what a gift at the end of the year. I’m going to take it,” but it’s also three pushes up.

Monthly chart, very climactic. Bull breakout in a parabolic channel with one, two, maybe three pushes up — probably not much more up – I know on Fast Money they’ve been talking about what a great stock Nike is, and it might be. But there’s no way I’m going to buy a parabolic buy climax. I’m sitting on some cash and I’m looking to buy stuff, Nike is on my list of things to buy, but I am not buying up here, right? Maybe a pullback to the moving average, which is, what, 25 percent below. That, I might buy, but I’m not buying a parabolic buy climax, spike and parabolic channel.

It’s very similar to the five-minute chart in the Emini today. So, spike and a parabolic channel. This is usually what follows, not a bull trend. And the same is true with that Nike monthly chart, so we’re probably going to go sideways for 10 bars. 10 bars is a year, right, so there’s no rush to buy if we’re going to be sideways for a year. The odds are very high that I’ll be able to buy 10 or 20 percent below where we are right now. 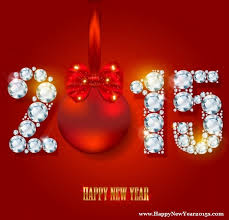 All right, I hope everybody has a very Merry Christmas, a good holiday. I’m not trading tomorrow. I’m off with the family for the next several days. I’ll be back on Monday.

Next week, I used to hate the week between Christmas and New Year’s because so much of the time is in tight trading ranges, but over time I’ve learned to actually like it because it’s a good opportunity to work on discipline, to practice not buying high, to practice not selling low And to practice entering with limit orders — just working on discipline. So even if you play in the NBA, you still have to practice, right? It doesn’t matter how many years you’ve traded, there’s still things that you want to see regularly so that you get practice with them, and next week, to me, is a good practice week. We’re probably going to get a lot of this and this, and I don’t want to be selling that, and I don’t want to be buying this, I want to be looking to do the opposite. Okay. I hope everybody has a good weekend.