Question: I’m interested in knowing how you know certain areas are going to be bought and sold above and below. I’m sure that you’ve mentioned automated traders before.
Audio duration: 4min 32sec 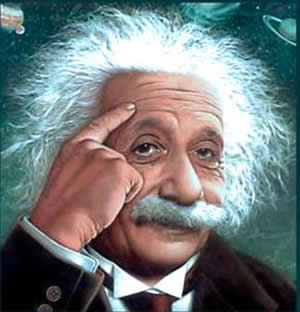 And the computers are programmed to do the same kind of stuff that I’m doing in my head.  They do it more accurately; they do it faster; and they can take a lot more trades than I can take.  I take a lot of trades, but they can take a lot more.  I still don’t know if I’m answering your question, okay, but back to your question.  I am interested in how you know certain areas are going to be bought and sold above and below.

You know, I’m always paying attention to support and resistance, and — especially if there’s a confluence of support and resistance, and especially if the overall context looks good — 60-minute chart, daily chart, weekly chart, monthly chart.  We’re right at an all-time high.  I keep talking about the cash index all-time high from a year ago, so, am I looking at the daily chart? Weekly chart? Monthly chart?  I don’t know.  It’s the same price on all of them, but I do look at — I do make options trades, like I’m still holding put spreads because the location is really good for put spreads, or for puts. Probability is not. 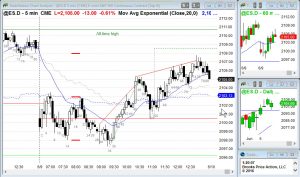 I mentioned before that I think my average entry price is $1.50 and it’s a $5 spread, so I’m paying $1.50 to make $5, so that means my net possible gain is $3.50.  So my reward is more than twice my risk.  That immediately tells you what my probability is, right?  So if my reward is twice my risk, my probability is low.  And that’s true of all trades where you have a very big reward relative to risk, you have low probability.  Any time you have high probability, you probably have a stop that’s very far away, right?  So buying the 39 low, buying the 42, 41 close, high probability, but stop far away, and probably not much reward left in the trade.

So I’m not sure that I’m answering your question, but I’m trying.

Next [part of] question:  Okay, I’m not interested in programming something.  I’m interested in your knowledge about it and how it can be used to be a better trader.

Creative trading — Use your imagination

Like I said, what I’m always doing is at every instant I’m imagining what I would do if I was long. I’m imagining what I would do if I was short. And I make trading decisions based upon what I think the majority of traders who are long would do, and the majority of traders who are short would do.  Having done this now for 30 years, I have a reasonably good — and as I said, I’ve been on every winning side, I’ve been on every losing side; I have a pretty good sense of what traders will do, and I try to pay attention.  I’m sure I miss 100 things a day, but I see a whole bunch of things, and I see enough things that allow me to make money doing this.  And also, I try to stay objective.  I don’t say, “Oh my gosh, that’s terrible.  I’m upset.  I’d better buy; I’d better sell.”  I’m pretty good at just staying objective all day long.