One-point scalps are a hot topic. Questions keep coming from traders so this extract gives more discussion along with chart scalp examples.
Question: In your first book you say that a person can make a decent living by taking a one point scalp, if they are trading enough size. Do you think it’s Ok and realistic to have an objective of taking one or two one-point scalps a day?
Video duration: 2min 00sec 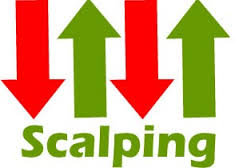 I think it’s really hard to do. And in my career, I’ve only known one trader who did it. About fifteen or twenty years ago, I was trading in a trading room, he was one of the guys in it. And he was trying to get one or two, one-point scalps a day, trading with tick divergences – I’ll talk about that when I see one come up. And he was just trying to scalp. He was trading 25 contracts, and his thought was that if he makes one point a day, trading 25 contracts, he’s making a thousand dollars a day, US$200,000 a year, and it’s a decent living.

My thought is that there are a whole bunch more then one or two one-point scalps. And if you’re going be a one or two point scalper, why not instead of trying to trade 25 contracts, why not trade 3 or 4 contracts and try to make 10 or 15 points. I think the chance of you making a lot of money is higher, if you have a high winning percentage, and you keep applying it time and time again, than it is just waiting all day long for a one or two point scalp. 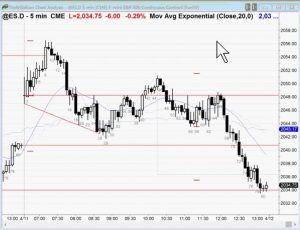 So, yes it’s possible, but if you’re going to be watching all day looking for one or two one-point scalps, I would train my eye to get better at spotting one-point scalps, and try to take 5, or 10, or 20 of them a day.

Related Ask Al audio on topic. Search ‘scalp’ above for others.