You can also view this video on Al’s YouTube channel if needed. 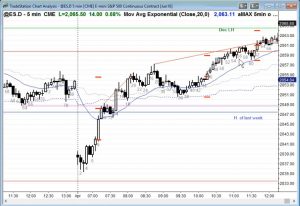 Yeah, 68 is a special situation, right? And you don’t get these every day, but you do get them occasionally. So here we have a Wedge Top, two legs, three pushes up — one, two, three. You could say it’s a type of Low 4 short. Tried three times here to get short. We tried one time here, we’re trying again there. A Low 4 short is usually — the context is reasonable and this is. We have a Wedge Top.

If you have a Low 4 short, or some other reasonably high probability trade, you can simply say it’s a second entry short with a breakout above this Final Flag. No matter how you look at it, it’s a second entry short, 64, 67. But the signal bar is only three ticks tall. And whenever you have a really small signal bar, you say, “Ahh. I’m going to sell one tick below 68 and I’m going to put my stop one tick above 68. I’m only risking five ticks. So that’s about as small a risk as I can possibly get.” 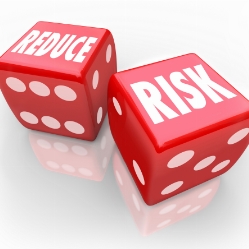 So just say that to yourself. That you have a trade with decent context, but really tiny risk. Decent context means pretty good probability, Okay, and really tiny risk. Something is wrong, and what’s wrong is the probability is not what you think it is. The smaller the risk, in general, means the smaller the probability. So the short is a high probability short if you use a wide stop, a wider stop than just one tick above 68. So it’s really common that, whenever you have a decent-looking setup, 68, that the market goes below 68 and triggers the short. Immediately goes above 68, hits the stops, and then turns back down again below 68. And then the trade works after it stops out the dummies. It’s just a really common thing.

Not so tight stops can work

So if I’m shorting below 68, I know that it’s a three tick tall bar. There’s probably at least a 50-50 chance that it’s going to trigger the short below 68, go above 68, and then from there, maybe a 50-50 chance that it will go back below 68. So if I’m shorting below 68, there’s no way I’m putting a stop above 68. I’m going to put a stop three or four ticks above. Sometimes two or three points above, to allow room. But that’s what happens whenever you have a really low risk, a small signal bar.